FREE DOMESTIC SHIPPING ON ORDERS OVER £100. Unfortunately our delivery partners are experiencing delays in distributing due to the Covid-19 pandemic. Deliveries are taking longer than usual but are getting through. We apologise for the inconvenience and appreciate your patience. 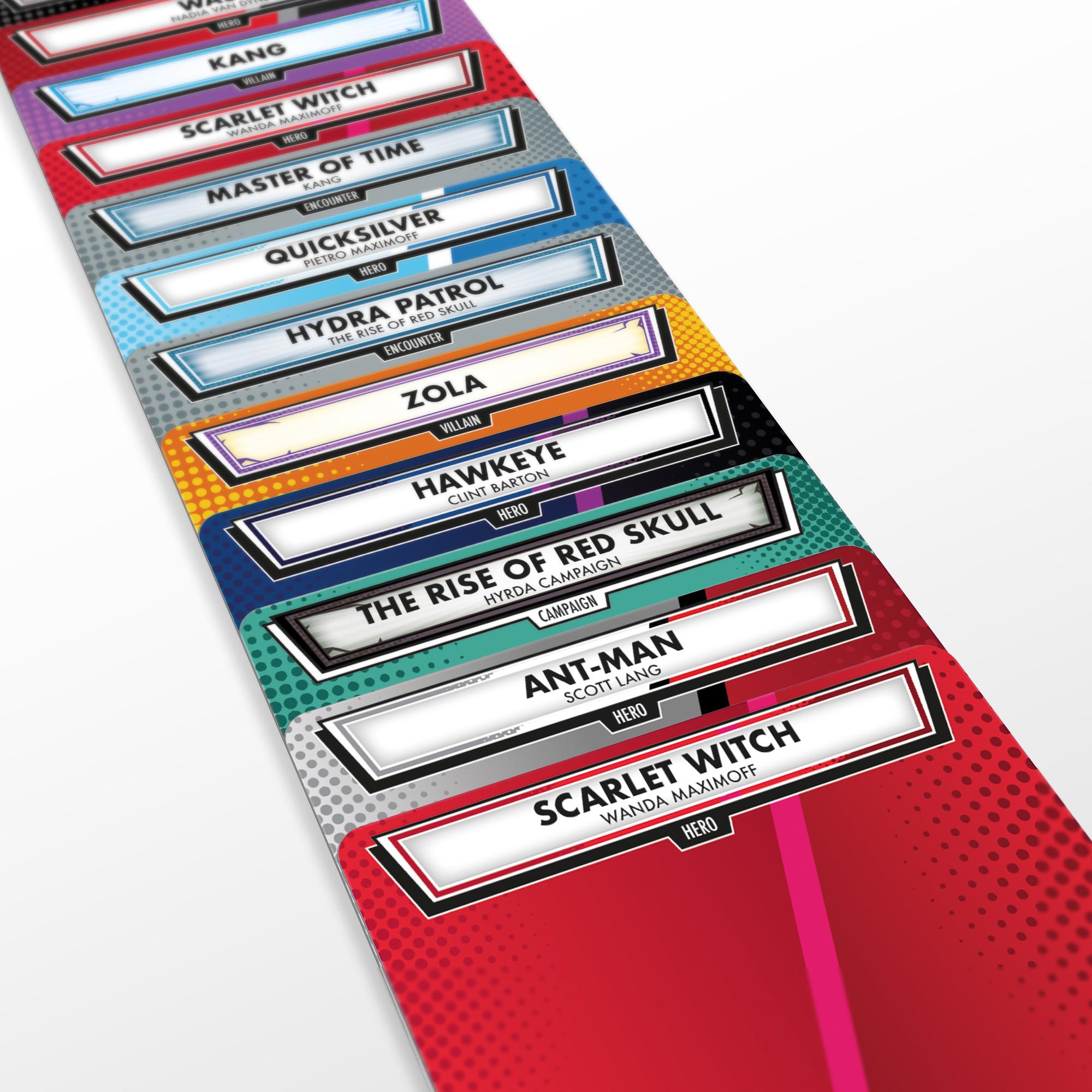 Our Heroic divider bundle sets contain multiple sets with a small discount. So if you're new to Marvel Champions and our divider packs then these are the best deals to hop on board rather than buying all the sets individually.

Heroic Bundle 2
Includes everything in Bundle 1 plus;

The Galaxy's Most Wanted

DIMENSIONS
Vertical - 101mm H x 64mm W - They do not fit the original Marvel Champions box but fit perfectly into our Infinity Box.

Horizontal - are 81mm H x 87mm W - It has come to our attention that many people are (understandably) putting as much content into the core box as possible. This will result in our 81mm height divider standing up straight and causing about 7-8mm box lid lift. If you would like to compensate for this as you plan to use the Core Box and Campaign boxes moving forward please note that you will have to trim your Horizontal dividers. We include a perforated line on the Horiztonal dividers which you can simply fold forward, backwards and then tear off (or follow with scissors) bringing the divider to a size more compatable with these boxes. Don't worry too much about a clean edge as it won't be visible. If you have any issues send us a message and we’ll replace any dividers you accidentally mess up.

FUTURE RELEASES
If everything for a Campaign and Monthly Release Phase is officially announced in time I will combine those into one large set for convienence. If that doesn't happen, sets listed will be split into 'Campaign' and 'Phase' sets.

A Campaign set will include everything in a Campaign box and also some blank dividers with space to write the names of the heroes and villains in the 'Phase' following that Campaign box (if required).

A 'Phase' is defined as everything released between Campaign boxes (the monthly releases). Once all content in a Phase is announced/released I will create a proper set for that Phase for you to replace your blank/handwritten dividers that were included in the previous Campaign set.

Please note we are the designers and creators of these dividers, they are not an official FFG product.

We got this set of dividers for the storage box, and it all fits perfectly. They feel very sturdy, and help me keep everything organised. Also they look amazing!

Beautiful dividers. Well put together and easy to keep everything organized. I liked them so much I got the horizontal dividers first bought the box and ordered the vertical ones. Figure I can use the horizontal ones in a travel case I have.

Got these dividers for my storage box... They are awesome. Look and feel great, so much easier to find my cards when doing a new scenario. Delivery was super quick and all securely packaged. Can't wait for more....

I purchased the MarveknChampions dividers. What a fantastic product this is. It fits perfectly in the core box and all my cards are now easily accessible. Thank you Tesseract Games.

A wonderful product, so good I'm going to buy it twice! With the new perforations, I'm very excited to have a cleaner product with less box lift. 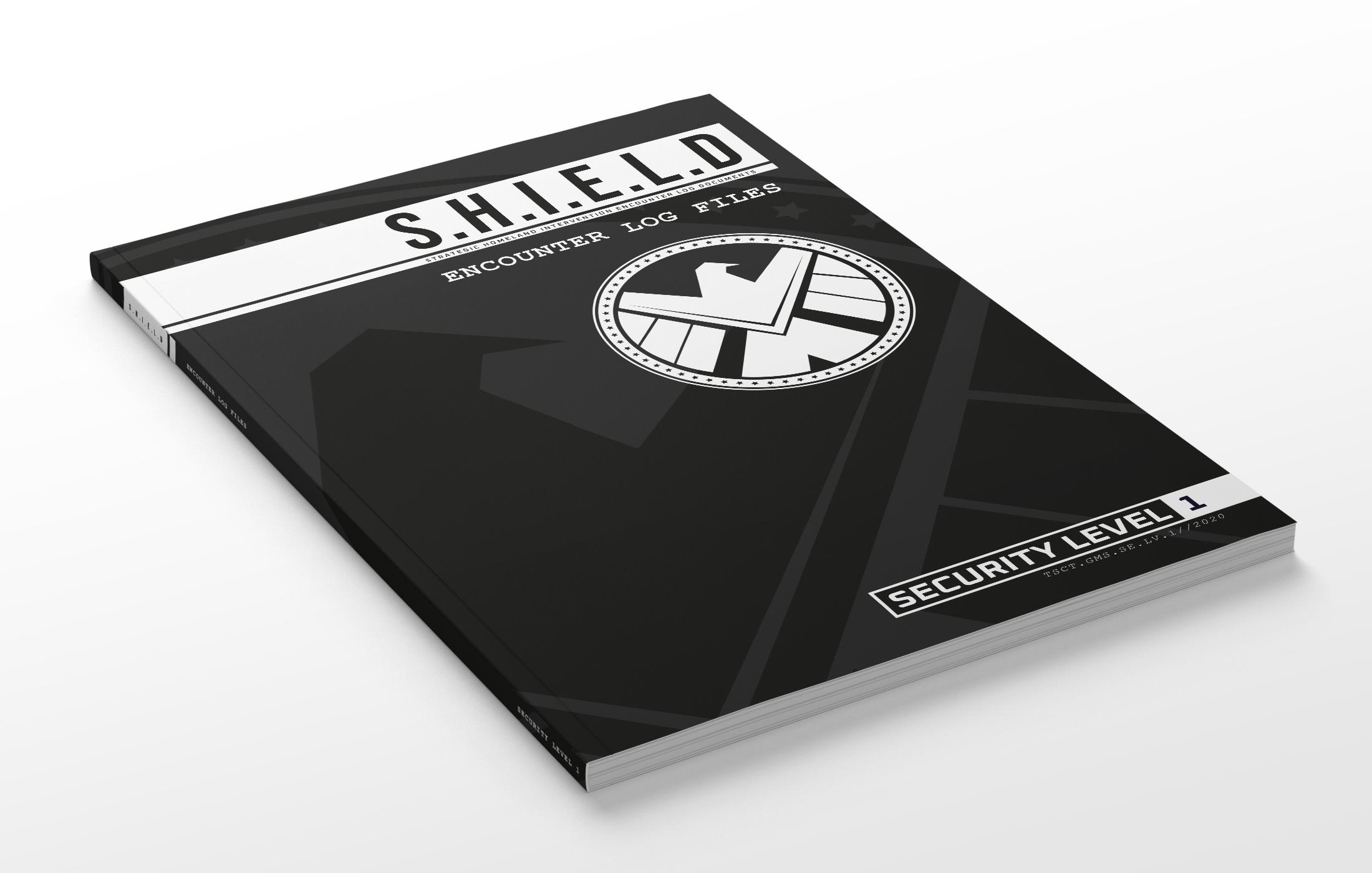 'The Encounter Files' Campaign Log Book was created as we found ourselves wanting a thematic document to record our Marvel Champions campaign progress. It can also serve as a game by game recording document. Record as much or as little as you want and record during or after gameplay, it's totally up to you!FEATURESA 56 page thematic log book. Guide and written example pages in the rear of the book.Multiple options to record information (examples shown in the back of the book)1 Page per Campaign (51 campaigns total)1 Page per Game session (10 campaigns total if each campaign is 5 games)'Completion Table'; Double-sided, A3, fold-out sheet to record which Heroes have been used to defeat each Villain at each difficulty up to Heroic 3. Use coloured pens to also record which Aspect was used.'Notes' page at the rear of the bookGAME INFORMATION YOU CAN RECORD IN THIS BOOKCampaign name and scenario number (if relevant)Date the campaign/scenario took placeDifficulty of campaign/scenarioIdentity usedNotes section per playerHP remaining at session end3 stat trackers per player to record anything from 'Minions Eliminated' to 'Side Schemes Removed' if you want to see how high you can go with each Hero! Or use them for campaign specific recording such as the 'Number of delay counters on main scheme' in scenario 2 of the Rise of Red Skull campaign.Scenario notes sectionRound tracker; see how quickly you can defeat the villainVictory or defeat markerCampaign/scenario and hero deck ranking tablesWe hope you can look back on the campaigns and individual games recorded in this book and remember those fantastic moments of heroic wonder with a bit more fidelity than usual. This product is designed and produced by Tesseract Games and is not an official FFG / Marvel product. All artwork is original.Remember you are free to use the book as you wish, we just offer some examples of how to fill it out.